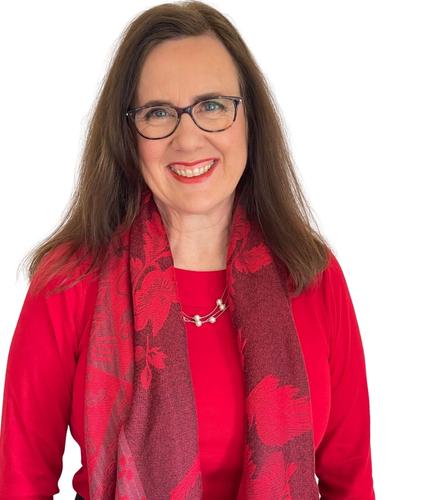 Sue Ellson About Me

Yes, media requests are most welcome – see Publications for past features.

Sue Ellson is an Independent LinkedIn Specialist, author, educator, practitioner and consultant. She is also a gigster, a person who uses technology to attract aligned gigs and former banker. Sue provides teaching, training, speaking and consulting services to individuals, small, medium and large businesses, corporates, schools, universities, associations and government in Australia and overseas. She is the author of five non-fiction books on the topics of LinkedIn, Careers, Business, Hyper Local Marketing and Gigsters and her next two books will be poetry books. Since completing her university studies, she has been attending up to four events every week to keep herself up to date. Sue is also the Founder of Newcomers Network. After hours, Sue enjoys catching up with family and friends, walking and dancing.

There is a medium length biography on the SueEllson.com home page.

Sue was born in Adelaide, South Australia and moved to Melbourne in Victoria, Australia in 1994 and often mentions ‘she hasn’t had a real job since.’

Sue has a varied range of professional experience in banking, training, recruitment, career development, human resources, marketing, networking, online publishing, social media and business. She has an extensive array of voluntary experience as well including taking scouts out sailing on Sydney Harbour for two weeks and being the only skipper who did not capsize a boat!

Sue’s first social enterprise, Newcomers Network was founded in 1999 and her first website went live in 2001. Newcomers Network and Sue’s close circle of local and international friends have helped her understand the needs of people from many different backgrounds.

Sue joined LinkedIn on 21 December 2003 (member number 77,832). Sue has been consulting, training, speaking, writing and advising on the topic of LinkedIn since 2008 and is a recognised international LinkedIn expert.

In 2012, she founded Camberwell Network and hosted monthly networking events until 2022. Her own website SueEllson.com was launched in 2012 and in 2014, she created 120 Ways Publishing.

In 2019, she wrote and published the 45,000 word book ‘Gigsters – Any Age or Ability Employees, Experts and Entrepreneurs‘ which was launched on 17 May 2019 at The Wheeler Centre in Melbourne and in July 2019, it was announced as a finalist in The Australian Career Book Award. ‘LinkedIn for me and my career or business‘ was launched online on 23 January 2023. Her next two books are ‘Poems for lovers to read to each other’ and ‘Poems for me to truly be.’

More information about Sue is online at SueEllson.com. LinkedIn connections welcome at LinkedIn.com.

More information below in the ‘Why am I here?’ section 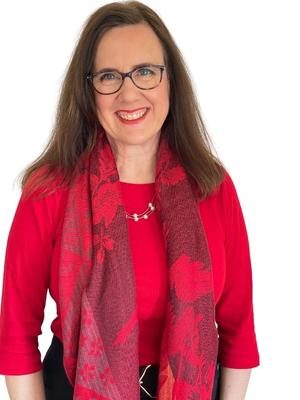 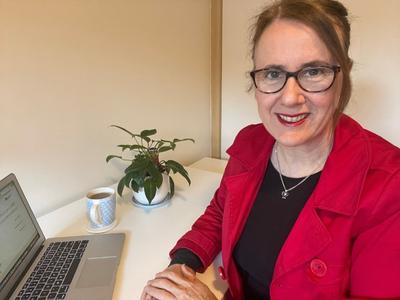 Detailed
1982 Started work at Westpac in Adelaide until 1994
1987 Started acquiring digital skills and training people
1994 Moved to Melbourne from Adelaide
1994 Started consulting – careers, business, marketing, training (still completing)
2001 Founder and first website online NewcomersNetwork.com
2001 Member of the Australian Institute of Management (now Institute of Managers and Leaders) until 2022
2003 Joined LinkedIn member number 77,832
2005 Member of the Australian Human Resources Institute until 2021
2008 Independent LinkedIn Specialist and Member of Melbourne Press Club
2012 Founder CamberwellNetwork.com until 2022 and SueEllson.com
2014 Teaching at the Centre for Adult Education and created 120 Ways Publishing
2015 Associate Member of Career Development Association of Australia CDAA and Member of Australian Society of Authors
2016 Wrote and published three 80,000 word books –
120 Ways to Achieve Your Purpose With LinkedIn
120 Ways To Attract The Right Career Or Business
120 Ways to Market Your Business Hyper Locally
2018 Professional Member of CDAA, Quora Top Writer, Top 10 LinkedIn Expert in the Asia Pacific Region, Member of Writers Victoria
2019 Wrote and Published 45,000 word book ‘Gigsters – Any Age or Ability Employees, Experts and Entrepreneurs‘ – finalist in The Australian Career Book Award, member of the Small Press Network, Top 10 LinkedIn Expert in the Asia Pacific Region
2020 Released ‘LinkedIn for me and my career or business’ online edition
2021 Teaching for the Social Media College at the Australian Institute of Management
2022 International List of LinkedIn Experts
2023 Launched print edition of ‘LinkedIn for me and my career or business’

See more detailed information on https://www.linkedin.com/in/sueellson and via the Awards below. 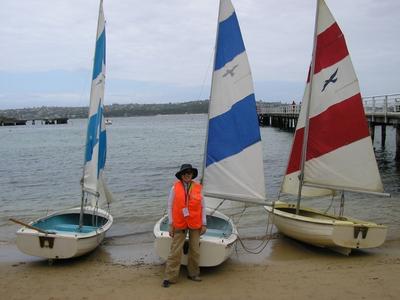 Bachelor of Business in Administrative Management, University of South Australia (1993-2000) – top 15% of undergraduates

Certificate IV in Training and Assessment (2008)

Estimate that I have attended over 600 courses, seminars and events since 1982

Have been hosting up to 100 courses, seminars, workshops and events for the public and clients every year since 2001

Why am I here?

Yes, I know that is a little bit of an existentialist question, but I would like to think that one of the missions I have for my time on earth is to help people connect with one another and this has been a common theme throughout all of my endeavours.

I am the eldest of four children and 27 grandchildren. I remember ‘co-parenting’ my younger siblings and after marrying at 20, taking on full adult responsibility very early on in life. I spent my 20’s reading copious books on personal development and when my children arrived at 29 and 32, switched over to attending courses, events and workshops every week. I haven’t stopped since.

I started my professional career at Westpac Banking Corporation in Adelaide six days after my last year 12 secondary school exam, I worked full time and studied part time after business hours – a Business Certificate in Banking through TAFE SA that I stopped after eight subjects. I continued learning via a garment and pattern construction course before I realised I would be better off studying business subjects. I later found a Bachelor of Business in Administrative Management course through the University of South Australia that I started studying part time by correspondence.

When my husband was offered a job in Melbourne, I had to leave my diverse career at Westpac in Adelaide and I secured a job in  a recruitment agency in Melbourne. Unfortunately, I was sacked whilst I was pregnant and then I couldn’t find work. It took me six and a half years to stop being angry about that (I actually read a book on Radical Forgiveness and wrote them a letter describing how I felt and asked them to respond by letting me know they had read the letter and when I received their reply, I wasn’t angry any more).

Meanwhile, as soon as our daughter was born, I was back in demand. I thought that was crazy – in demand as a 29 year old breast feeding mother studying part time but probably out of demand by the time I reached 40. I decided I would remain employable forever and I would do that by continuously learning information that could secure work. I continued studying part time, parenting and picking up various gigs here and there. However, I found the transition to life in Melbourne difficult. It was hard to make new friends, even though I spoke English and am a Caucasian fourth generation Australian (hard to believe I know).

The last subject of my degree was a research project. With the permission of UniSA, I surveyed 96 people who had moved to Melbourne in the last five years and found out that they would like either a telephone advice service (tried previously and failed) or a website – so in 2001, I launched my first social enterprise, NewcomersNetwork.com and ran free monthly events for people who are new to Melbourne for 20 years (and coordinated many others in states around Australia). I surveyed 541 people worldwide with a follow up survey in 2004.

In 2005 at the age of 39, on the advice of my counsellor, my 19 year marriage ended. I look back now and realise that we were actually never compatible, so in some respects, I can reflect on it as an exercise in loyalty and commitment, despite the many challenges I faced. I found being a single parent very difficult. It was hard to reconcile being a mother for four days a week and then not a mother for three days a week. However, I did commit to continuously moving forward and I have developed some excellent long standing platonic friendships with a variety of different people and we enjoy catching up regularly. I have dated infrequently because I find the process frustrating and difficult.

After a short stint in the real estate industry in 2011, I set up my second social enterprise, CamberwellNetwork.com in 2012 for people who live, work or network in Camberwell, Melbourne, Victoria, Australia. After working from a home base for so many years, it was great to meet other local people every month until the end of 2022 when I decided to stop the network and focus on other projects.

In 2016, my 50th year on this planet, I wrote and published three 80,000 word books in nine months! What a whirlwind!! I used up all of my savings, but the process was cathartic. I cleared out my accumulated professional knowledge in three separate books. I decided that my future focus would be as a writer and author as it is an ageless profession, but that I would need to write at least 10 books before I could consider myself to be an author. I am half way there.

For now, I am still consulting, training and writing and I love helping individuals and enterprises achieve their goals. I regularly try new activities – most recently I have been surfing, riding a quad bike, painting and doing some vocal training for the first time in my life. I also walk, occasionally ride my bike (not a cyclist) and dance (5 Rhythms or free form at home).

My next two books will be ‘Poems for lovers to read to each other’ and ‘Poems for me to truly be.’ The first poetry book is designed to get two adults of any gender reading to one another (we read to children but forget to read to each other as adults) and away from screens or ear phones. My hope is that it starts conversations, playful fun and reading of other texts as well. The second poetry book is for all people to reflect on their life and discover ways that they can truly ‘be’ in the world. My maternal grandmother used to always say ‘really and truly’ and how I wish we could all be more real and true on a daily basis.

Like many single women of a certain age with two independent adult children, I do not qualify for a home loan and as a former banker, I see this as age discrimination. Whilst I know that I will never stop working (by choice, not just because of my housing situation), I will always keep living modestly (for personal, environmental and sustainability reasons), saving for a rainy day and contributing to society. I have always completed pro bono and general voluntary work and that won’t stop either. This allows me to live according to my own service values and greater good choices and gives me the freedom and variety I need to live a meaningful and purposeful life of contribution.